DNA's governing bodies comprise the general meeting of shareholders, the Board of Directors and the CEO. The Executive Team assists the CEO in the management of the company and the Group. 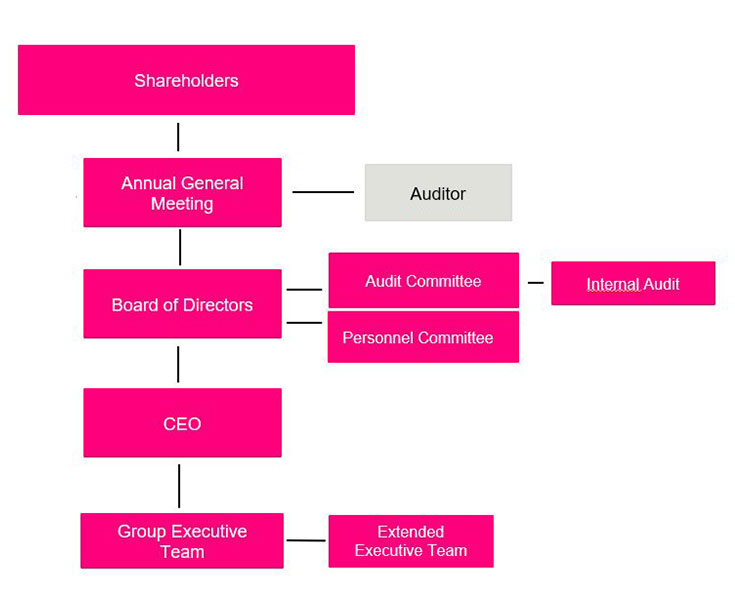 The CEO and the Executive Team